Definition: Beer Spoilers are microorganisms that can change the flavour, aroma, or appearance of beer in a manner deemed undesirable by the brewer (and the consumer!!). Although there is some overlap, brewers seek to divide spoilage organisms into the categories of “beer spoilers” and “wort spoilers,” with the latter largely inhibited by alcohol, pH, and/or the anaerobic environment created by yeast fermentation (Priest 2003). 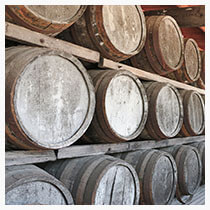 Taking into account the above definition of a “beer spoiler”, to discuss beer spoiler contamination cannot be complete without pointing out that some of the encountered spoilers can, if according to the desired beer style be inoculated (e.g. sour beer) or as a matter of deliberately sought spontaneous fermentation (e.g. lambic beer) be responsible for a wide range of unique beer profiles.

If we look more into lambic beer fermentation as an example, there are a multitude of bacteria and yeasts that intervene at different stages of fermentation. Publications (e.g. Van Oevelen et al., 1976) on the subject typically describe 4 stages each with their specific microbiology that if encountered in a “conventional brewhouse” would be looked upon as a contamination.

Stage 1: Enterobacteriaceae phase starts after 3 to 7 days of fermentation and is characterized by Enterobacter spp., Klebsiella pneumoniae, Escherichia coli and Hafnia alvei as the most frequently isolated bacteria, along with the yeasts Hanseniaspora uvarum, Naumovia (Saccharomyces) dairensis and Saccharomyces uvarum.

Stage 2 : Starts after 3 to 4 weeks of fermentation and is characterized by S. cerevisiae, S. bayanus/pastorianus and S. uvarum.

Stage 3 : After 3 to 4 months of fermentation, the acidification phase occurs with increasing Pediococcus spp. and occasionally Lactobacillus spp. Being present.

Stage 4 : Brettanomyces spp. become prevalent after 4 to 8 months of fermentation

Microbiology is of course at the center of the brewing process. While the goal of brewing is to harness the positive microbiological effects of either natural inoculation from the environment or via the introduction of specific yeast and/or bacterial strains to produce beer, it should be pointed out that using “potential beer spoilers” will increase the risk of contamination.
Particular attention must be paid to the brewing process and identify the critical points where “cross contamination” can occur and the appropriate actions put into place including a quality control sampling plan that take into account the critical risk zones.

Examples of points to consider:
1)    Storage, identification and handling of the brewery yeasts/bacteria
2)    Cleaning protocols and their validation of all possible in contact surfaces
3)    Usage of hoses for the transfer of the beer
4)    Quality control plan at key critical points (e.g. fermentor, bright tank, bottling plant)
5)    Planning regarding the best time to transfer the beer and bottle it